Get the most out of DeepL!

Connecting DeepL with dashdash gives you the power to automate your translation process and receive high-quality translations, all in a spreadsheet.

Things you can do when using DeepL with dashdash include: 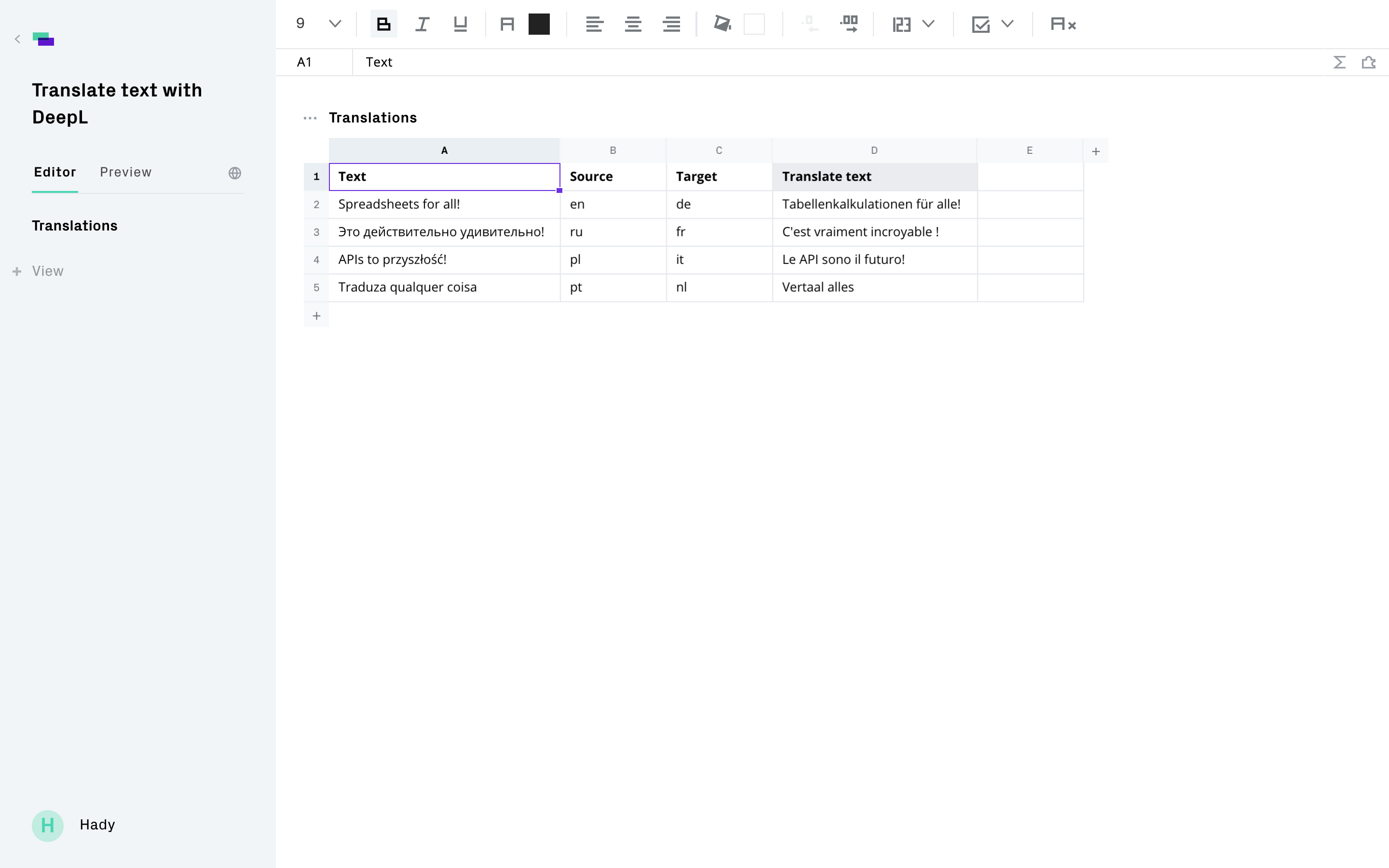 The DeepL Translator is a free machine translation service launched in August 2017. It was developed by DeepL GmbH based in Cologne, Germany. It has received positive press asserting that it is more accurate and nuanced than Google Translate.

DeepL converts words directly between English and ten languages: Chinese, Dutch, French, German, Italian, Japanese, Polish, Portuguese, Russian, and Spanish. Additionally, approximations of language equivalence are proposed among all of those languages, using a two-step process via an English pivot. 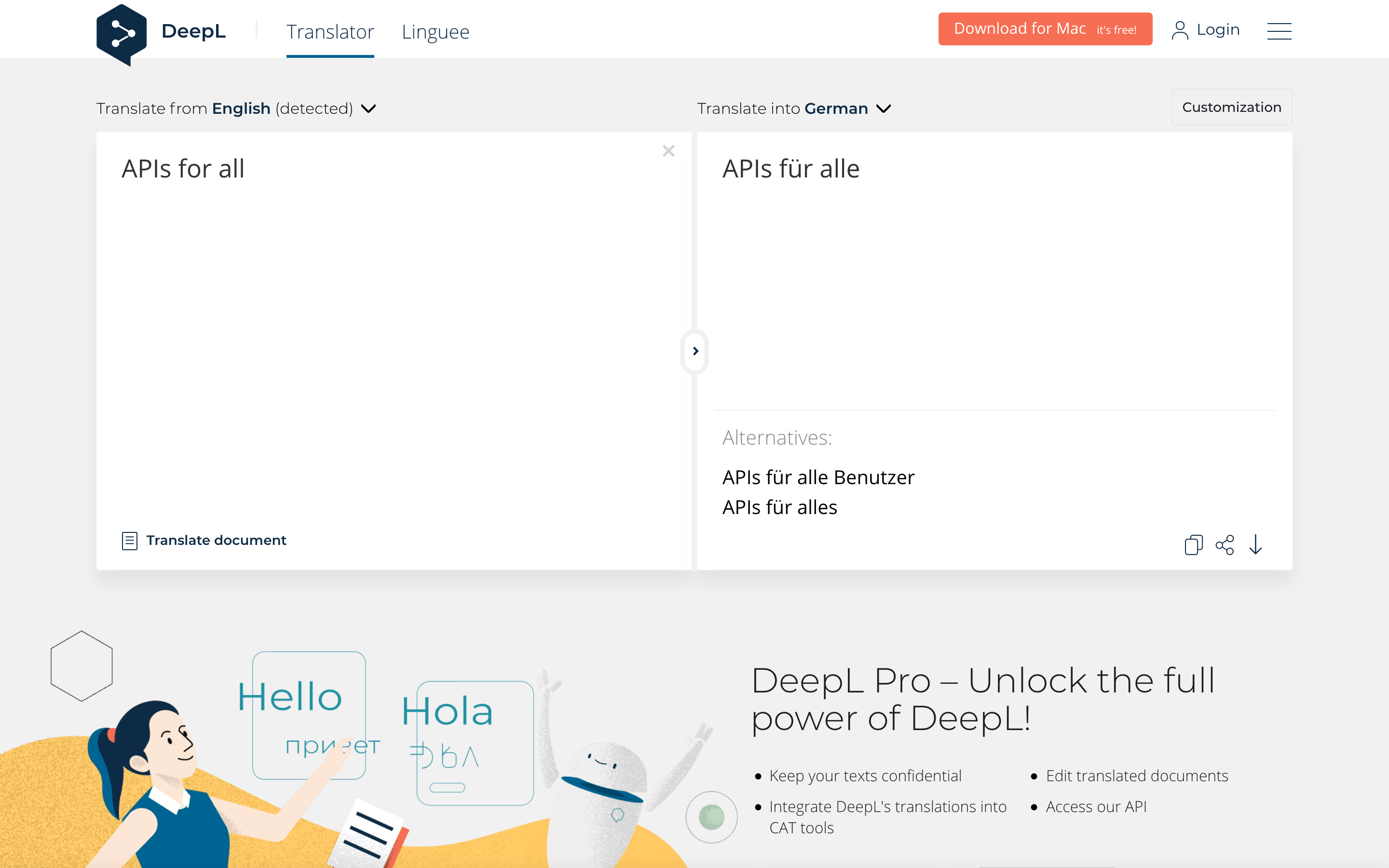 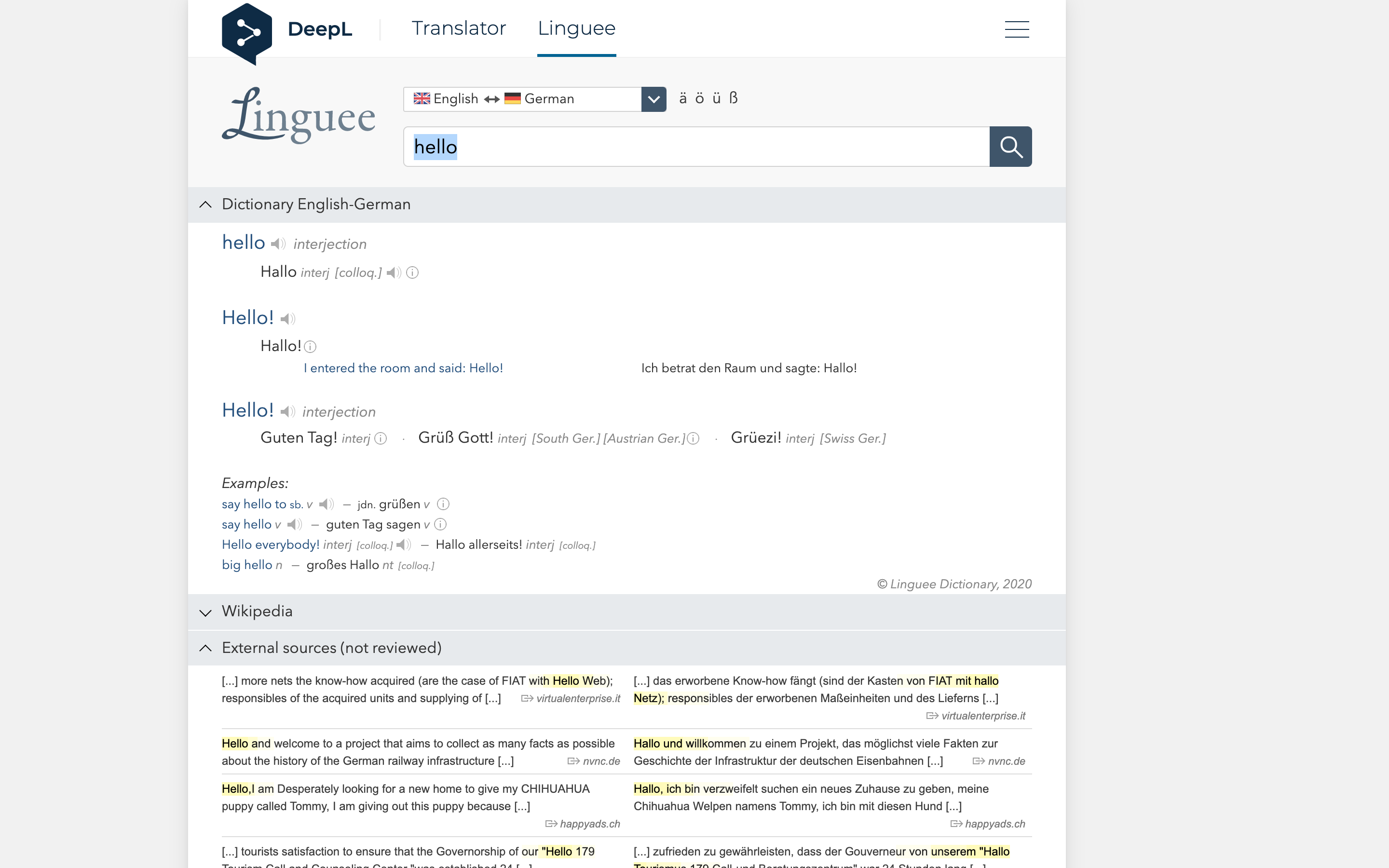 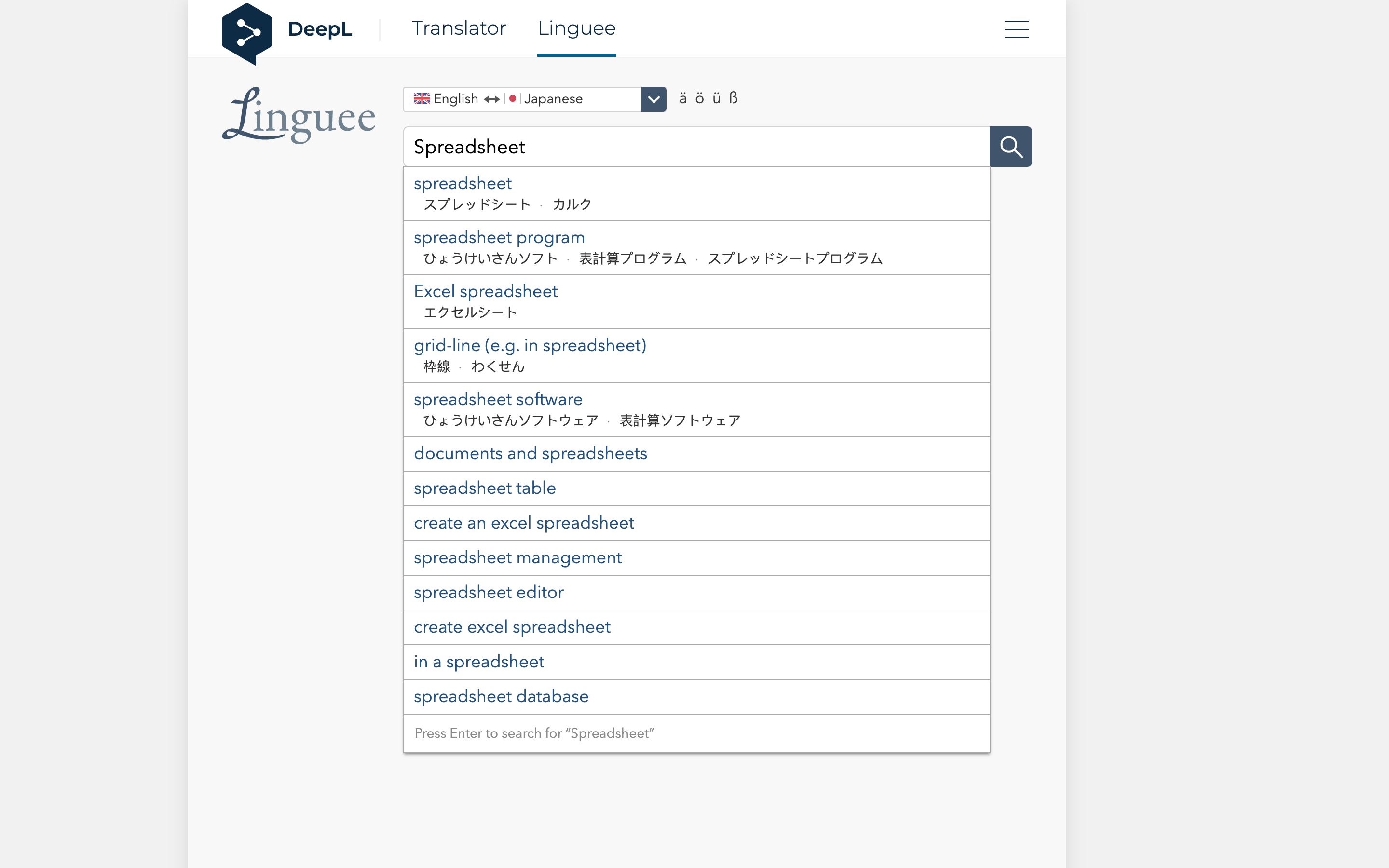 Translate a body of text from a source language to a target language using DeepL.