Connecting Instagram with dashdash gives you the power to track Instagram accounts performance, analyze posts KPIs, and enrich contacts with Instagram insights, all in a spreadsheet.

Things you can do when using Instagram with dashdash include: 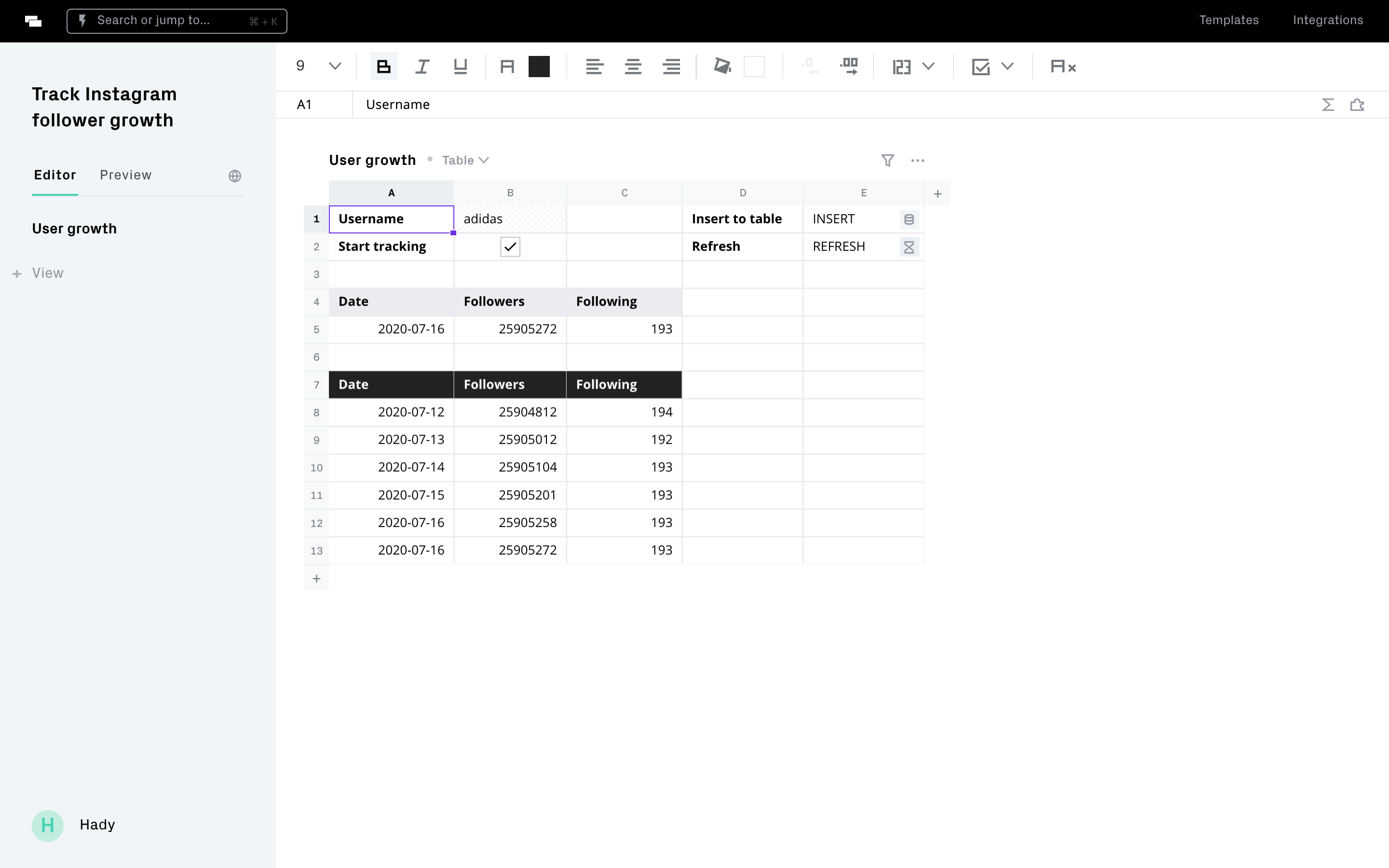 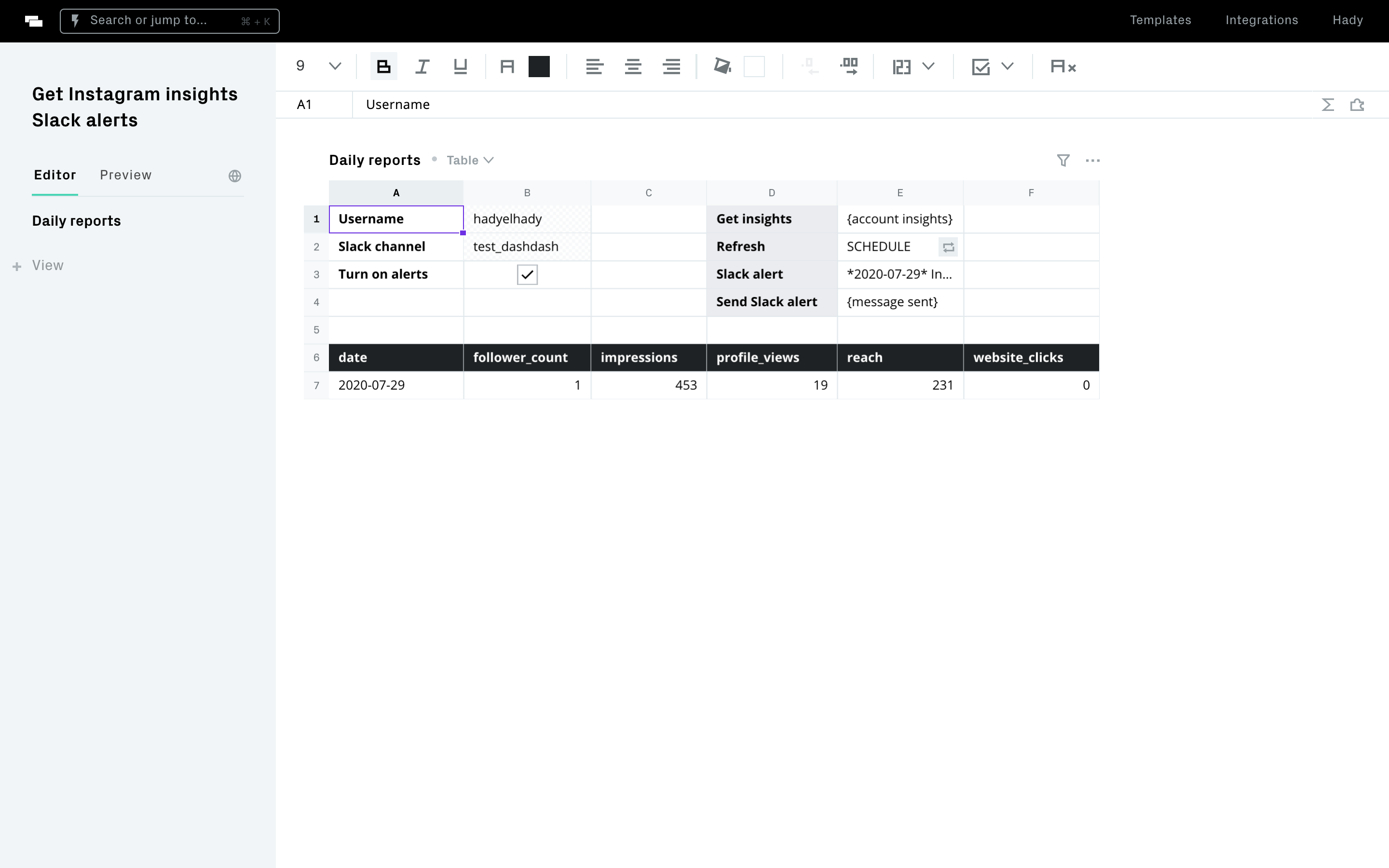 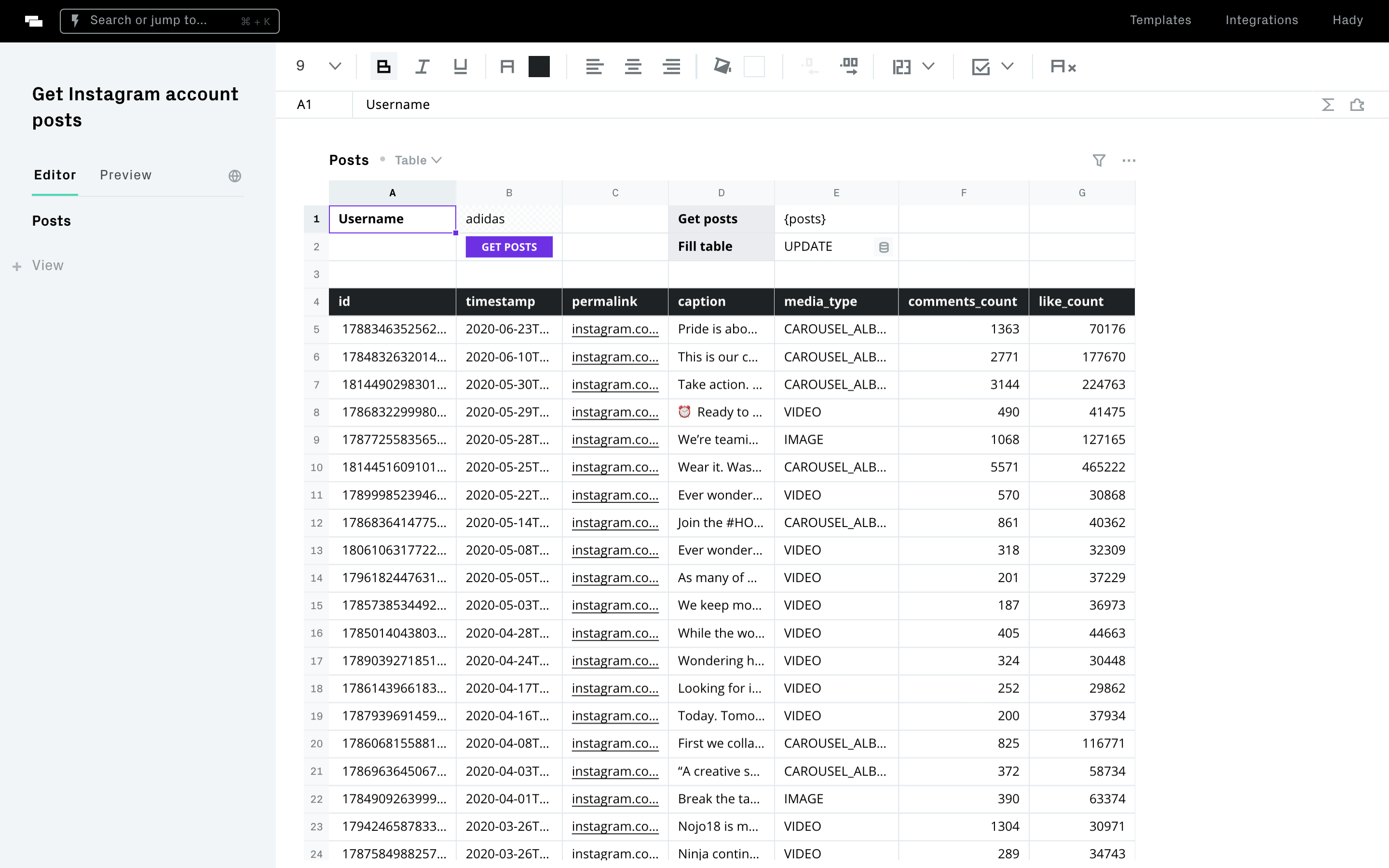 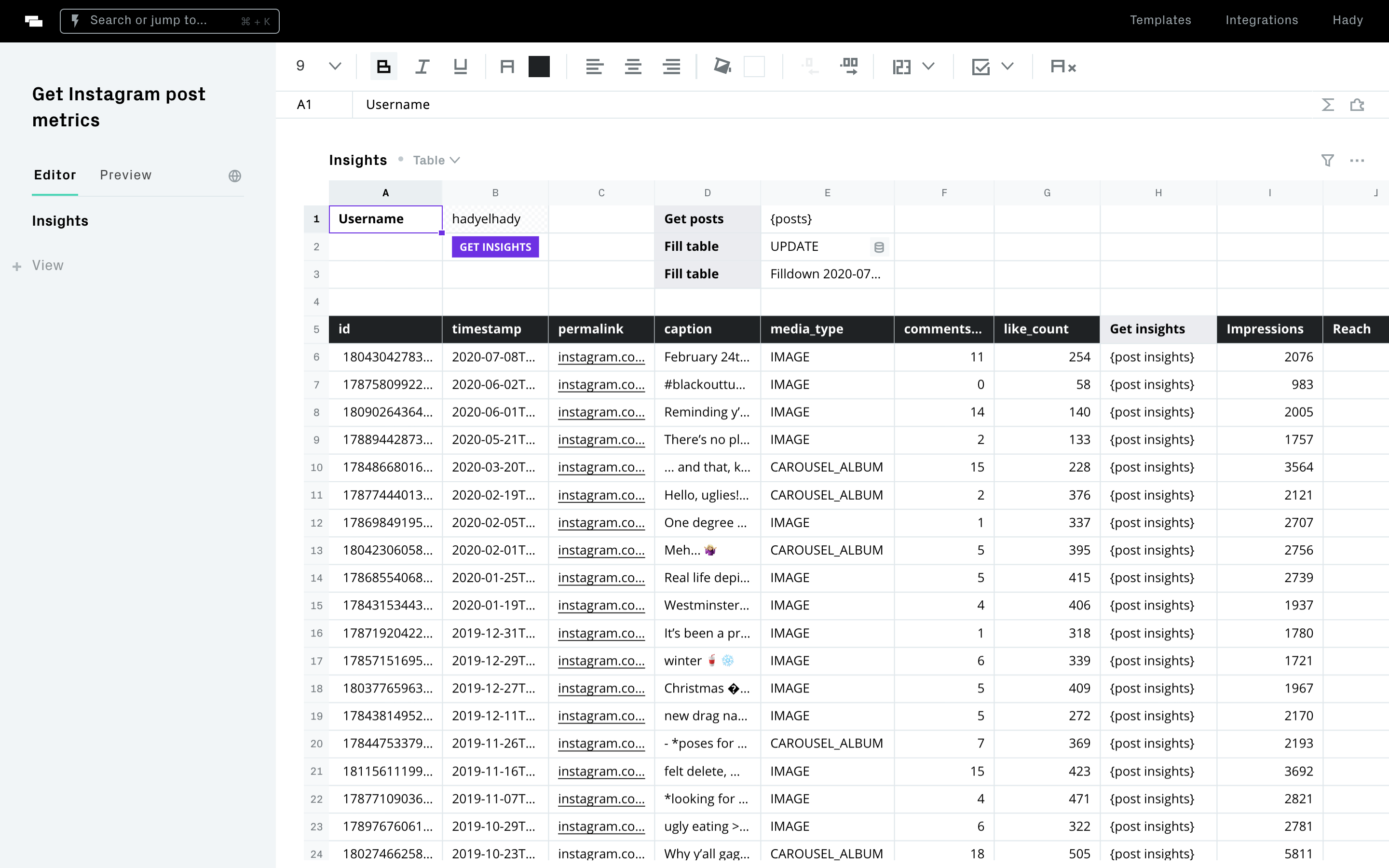 Instagram is a photo and video-sharing social networking service owned by Facebook, Inc. It was created by Kevin Systrom and Mike Krieger and launched in October 2010. The app allows users to upload media, which can be edited with filters and organized with tags and location information. Posts can be shared publicly or with pre-approved followers. Users can browse other users' content by tags and locations and view trending content. Users can like photos and follow other users to add their content to a feed.

After its launch, Instagram rapidly gained popularity, with one million registered users in two months, 10 million in a year, and 1 billion as of May 2019. In April 2012, Facebook acquired the service for approximately US$1 billion in cash and stock. As of October 2015, over 40 billion photos had been uploaded. 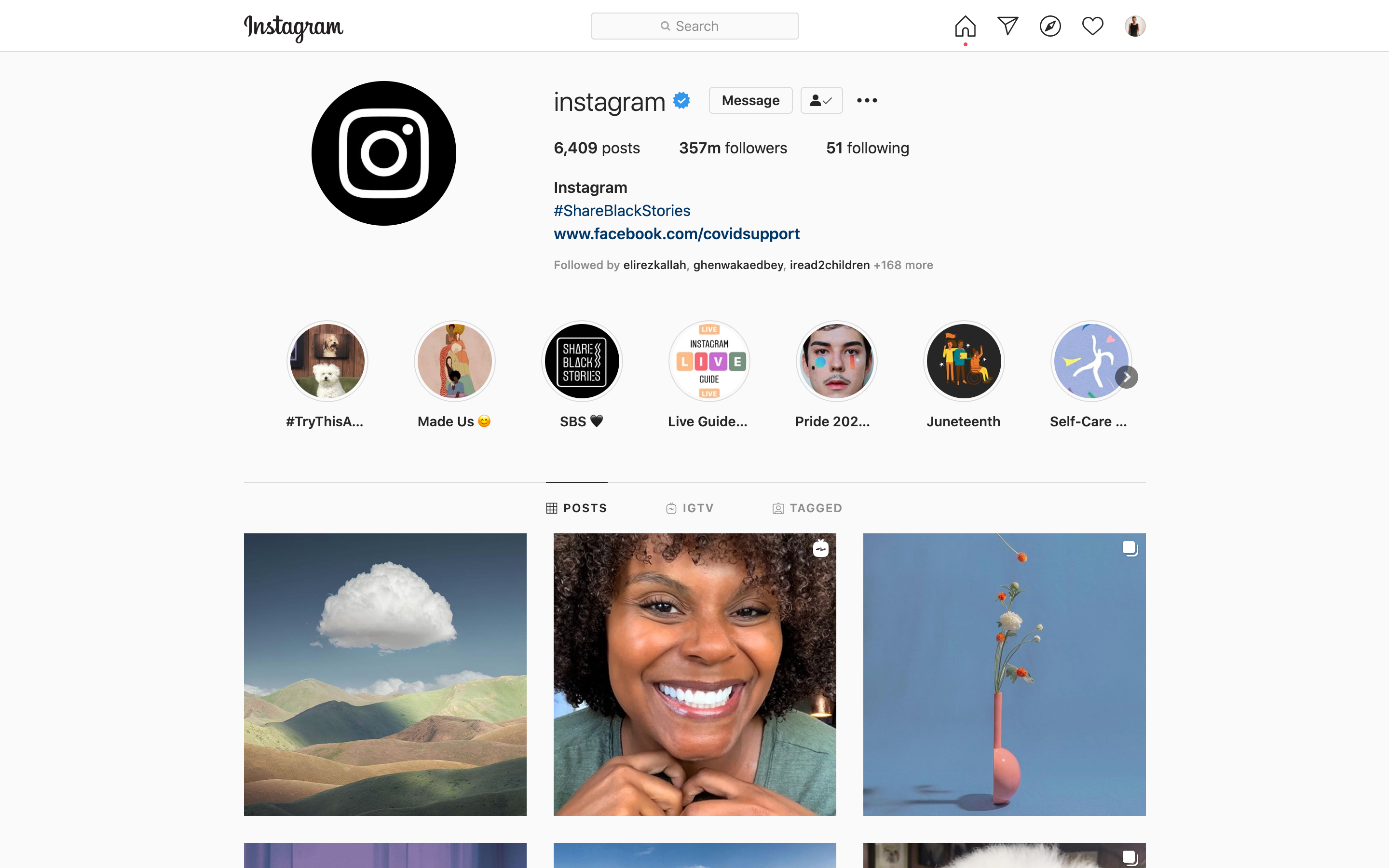 Get insights and key metrics for your account within a time period.

Get the insights and key metrics for one of your Instagram posts.