Manage lists and subscribers at Mailchimp.

Get the most out of Mailchimp!

Connecting Mailchimp with dashdash gives you the power to automate your email marketing, all in a spreadsheet.

Things you can do when using Mailchimp with dashdash include: 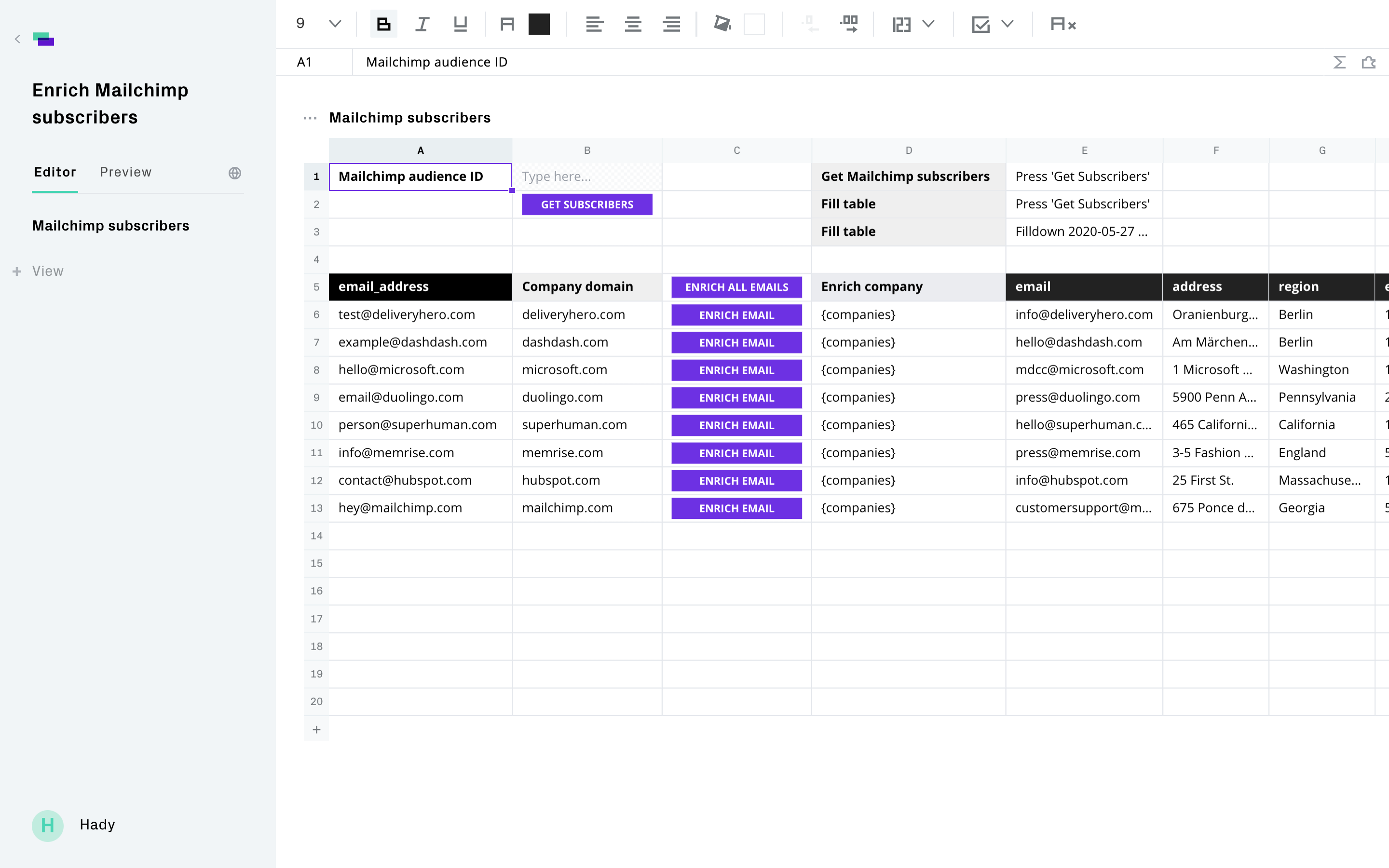 Mailchimp is an all-in-one Marketing Platform for small business. We empower millions of customers around the world to start and grow their businesses with our smart marketing technology, award-winning support, and inspiring content. Founded in 2001 and headquartered in Atlanta with additional offices in Brooklyn, Oakland, and Vancouver.

It began as a paid service and added a freemium option in 2009. Within a year, its user base had grown from 85,000 to 450,000. By June 2014, it was sending over 10 billion emails per month on behalf of its users. In 2017, the company was gaining 14,000 new customers every day. The company is still owned by its co-founders and has never accepted venture capital funds. 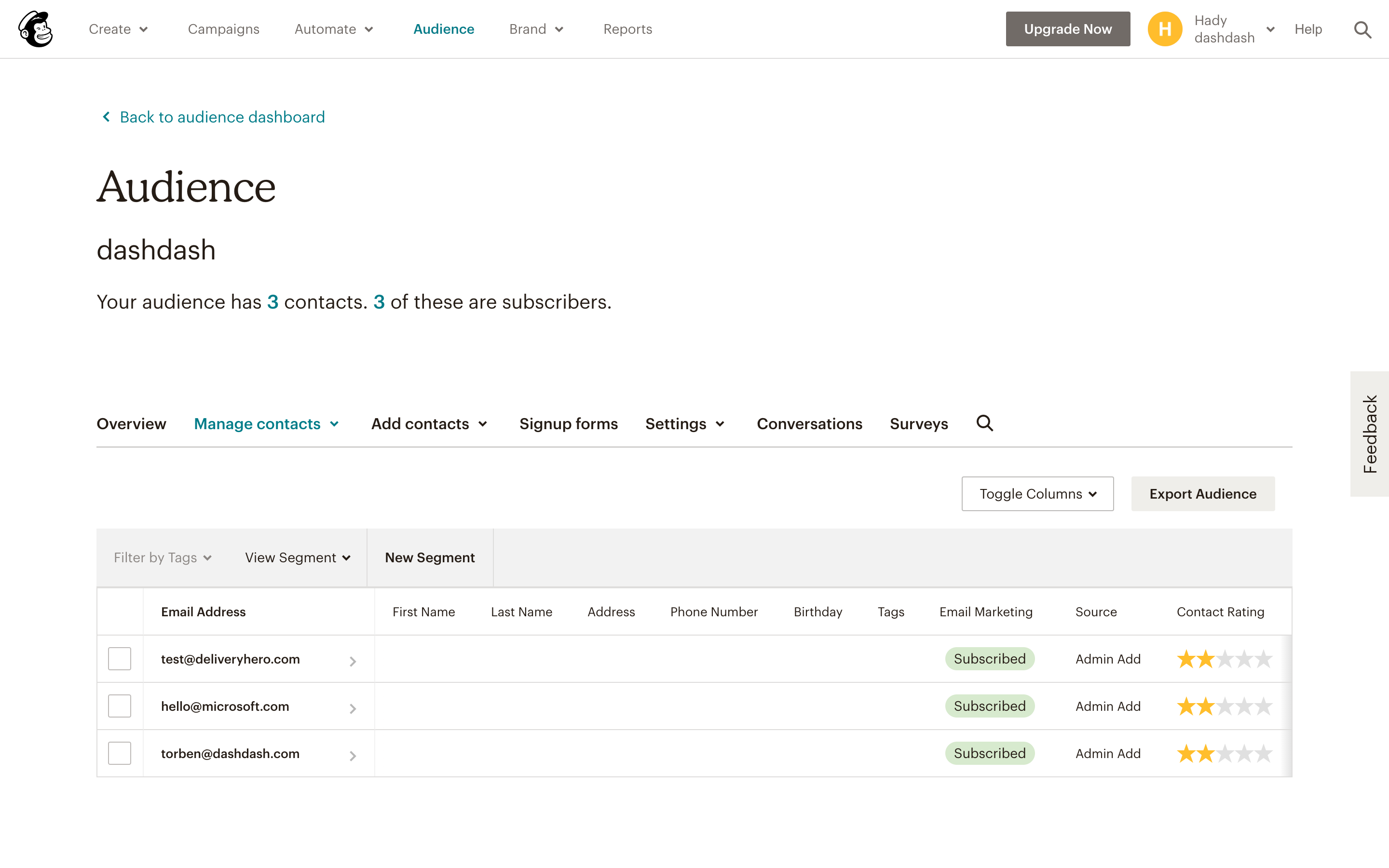 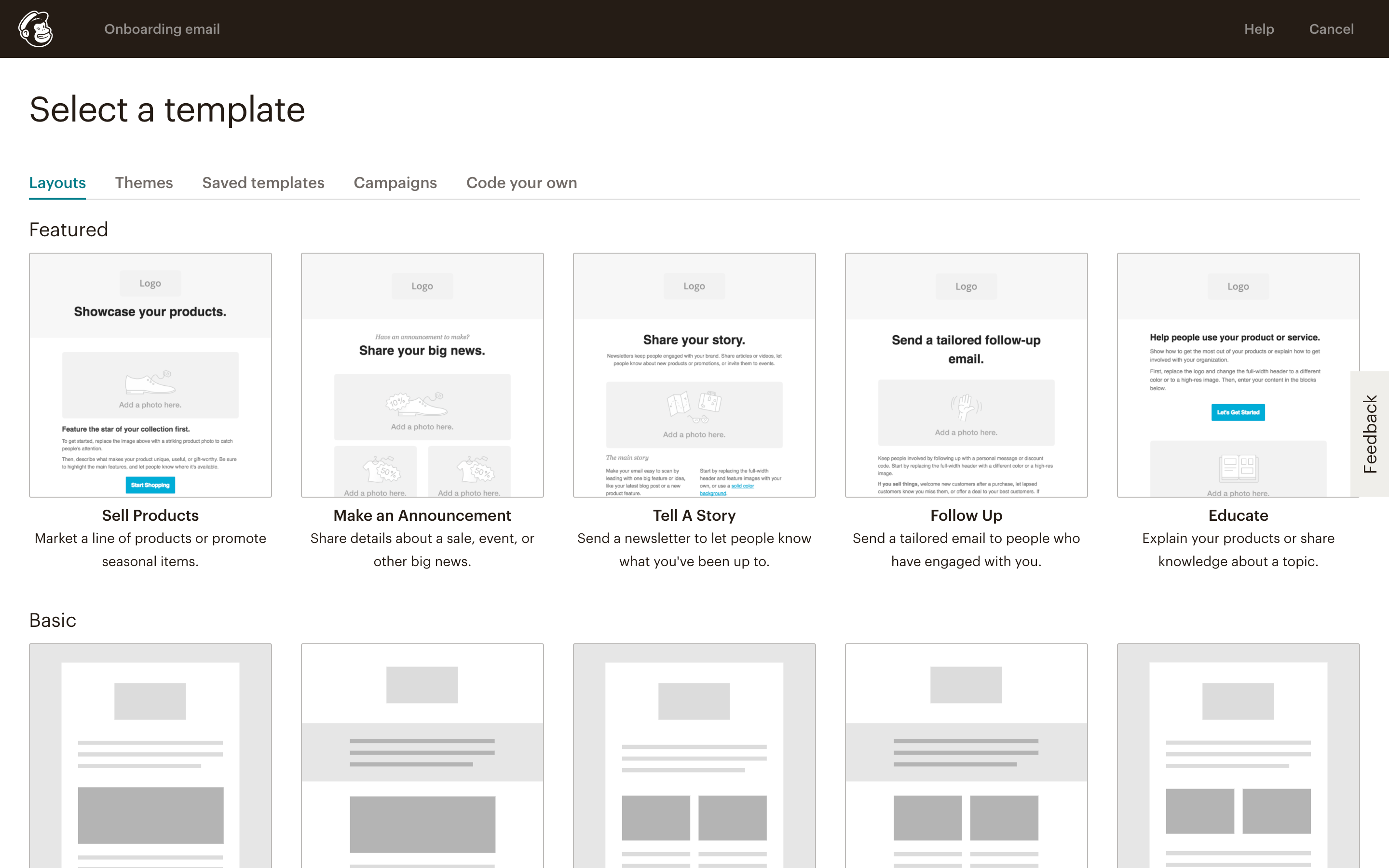 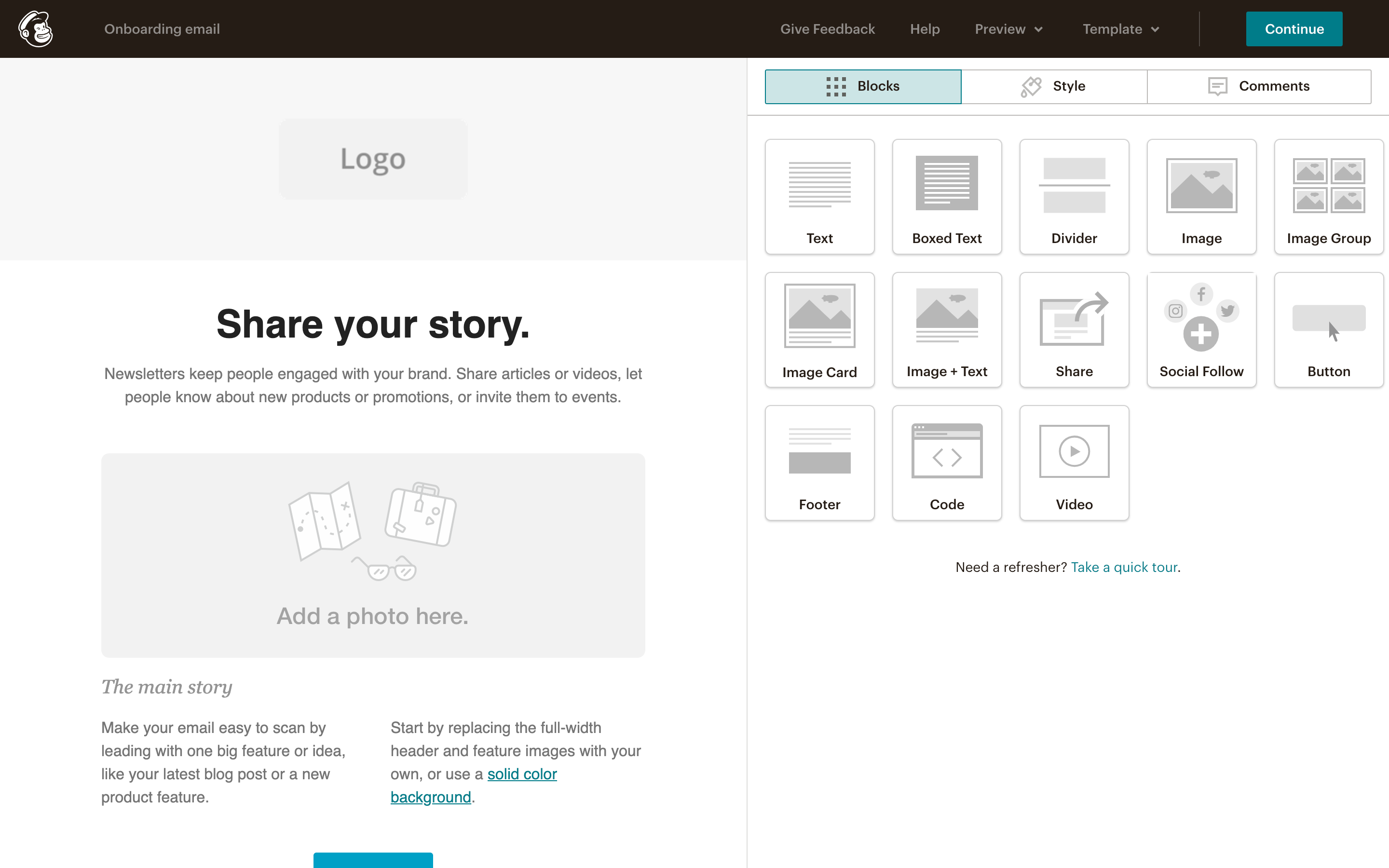 Get your Mailchimp lists.

Get the key statistics and information of a Mailchimp list.

Get all subscribers that belong to a Mailchimp List.