Enrich company and people profiles with Twitter data, monitor keywords and mentions, and tweet from a spreadsheet.

Things you can do when using Twitter with dashdash include: 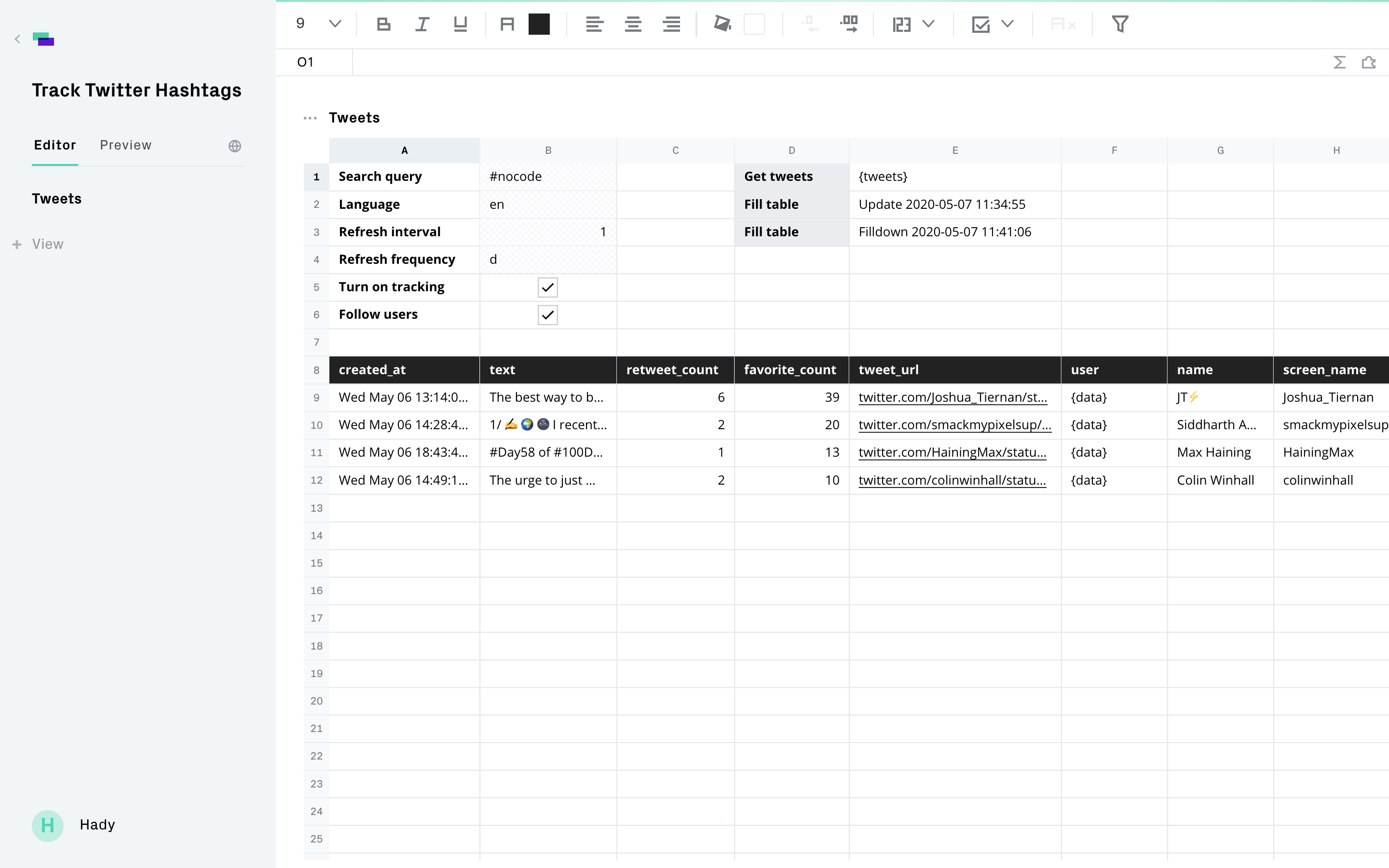 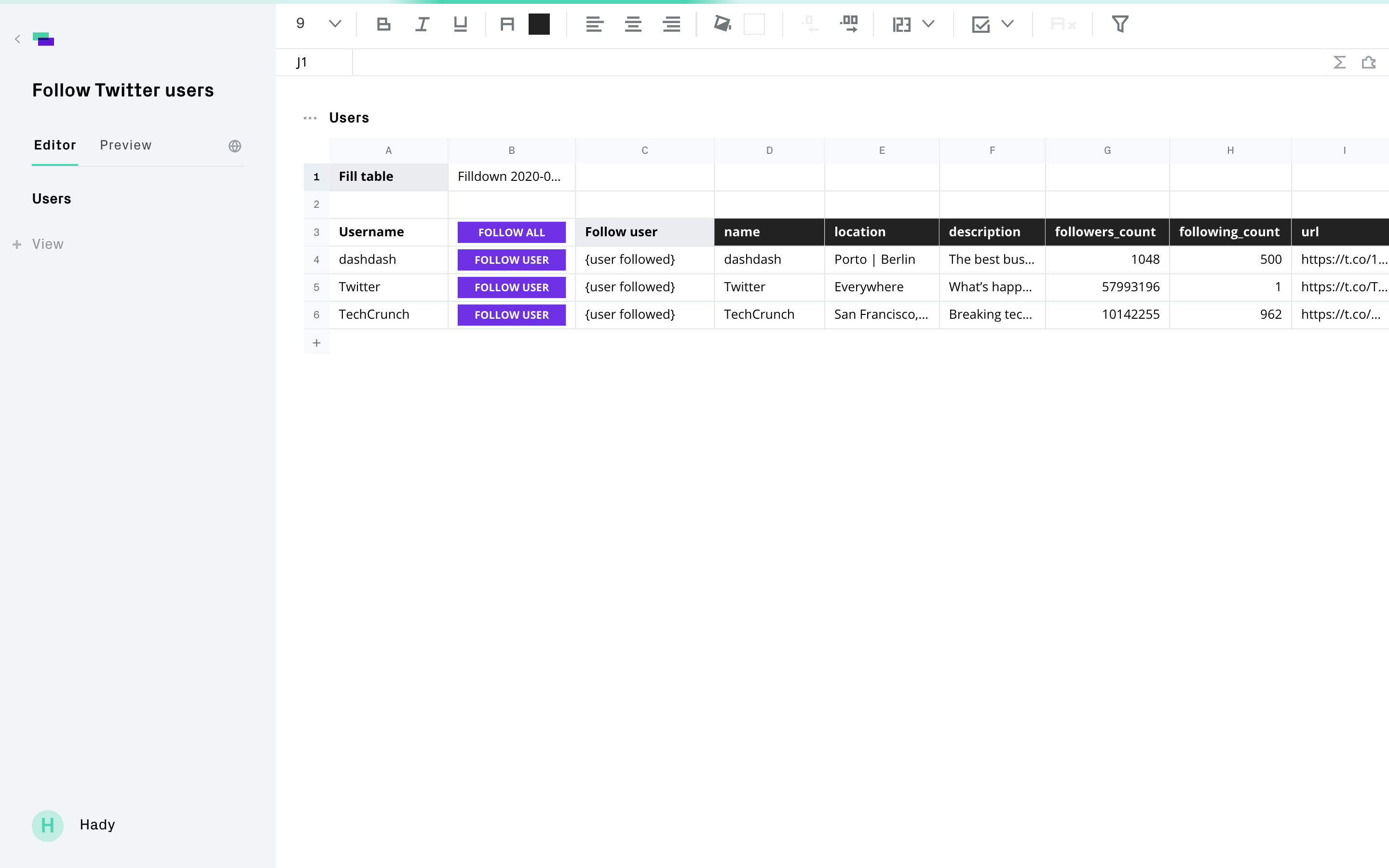 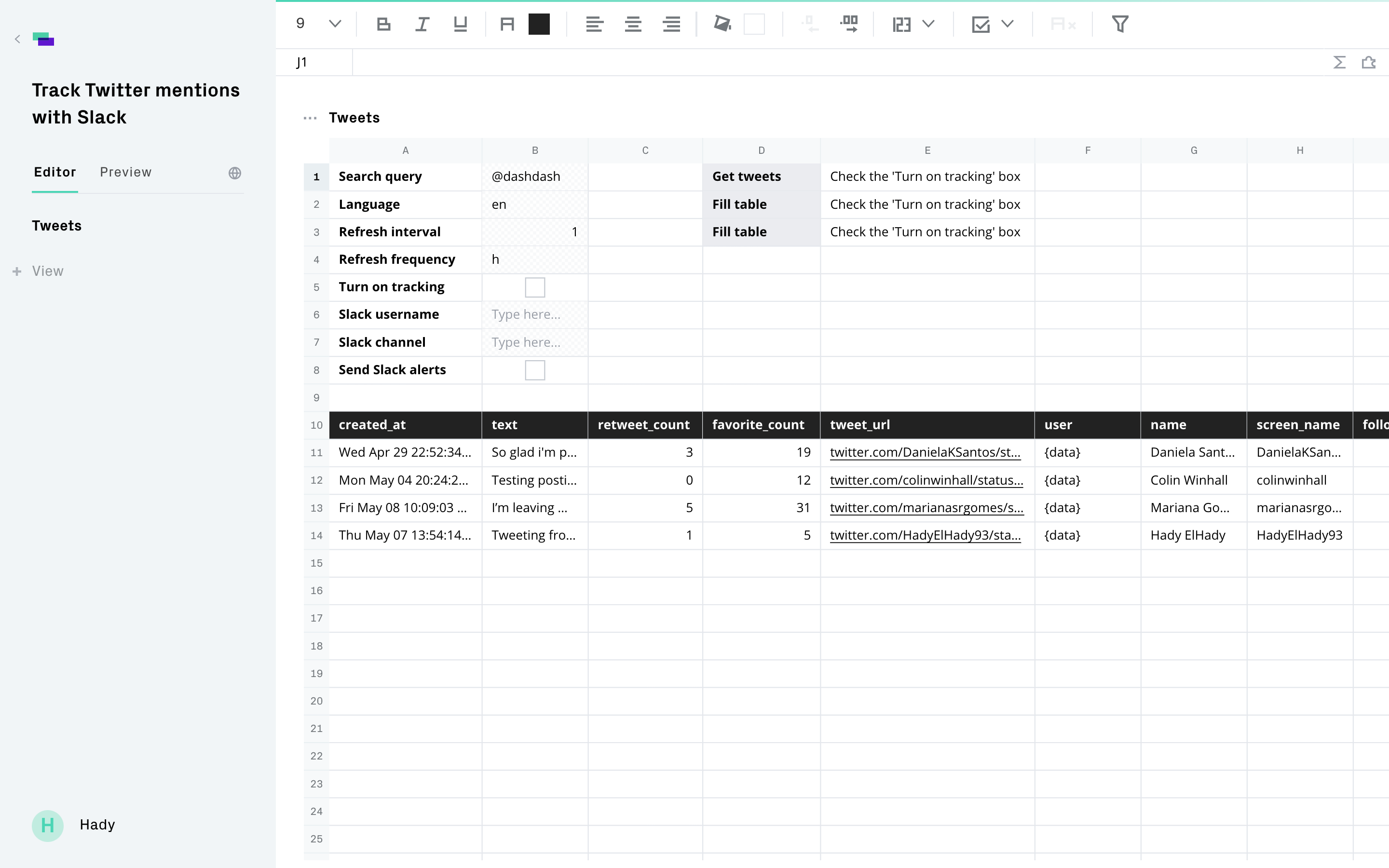 Twitter was created in March 2006 by Jack Dorsey, Noah Glass, Biz Stone, and Evan Williams, launched in July of that year. The service rapidly gained worldwide popularity. In 2012, more than 100 million users posted 340 million tweets a day, and the service handled an average of 1.6 billion search queries per day. In 2013, it was one of the ten most-visited websites and has been described as "the SMS of the Internet". As of 2018, Twitter had more than 321 million monthly active users. 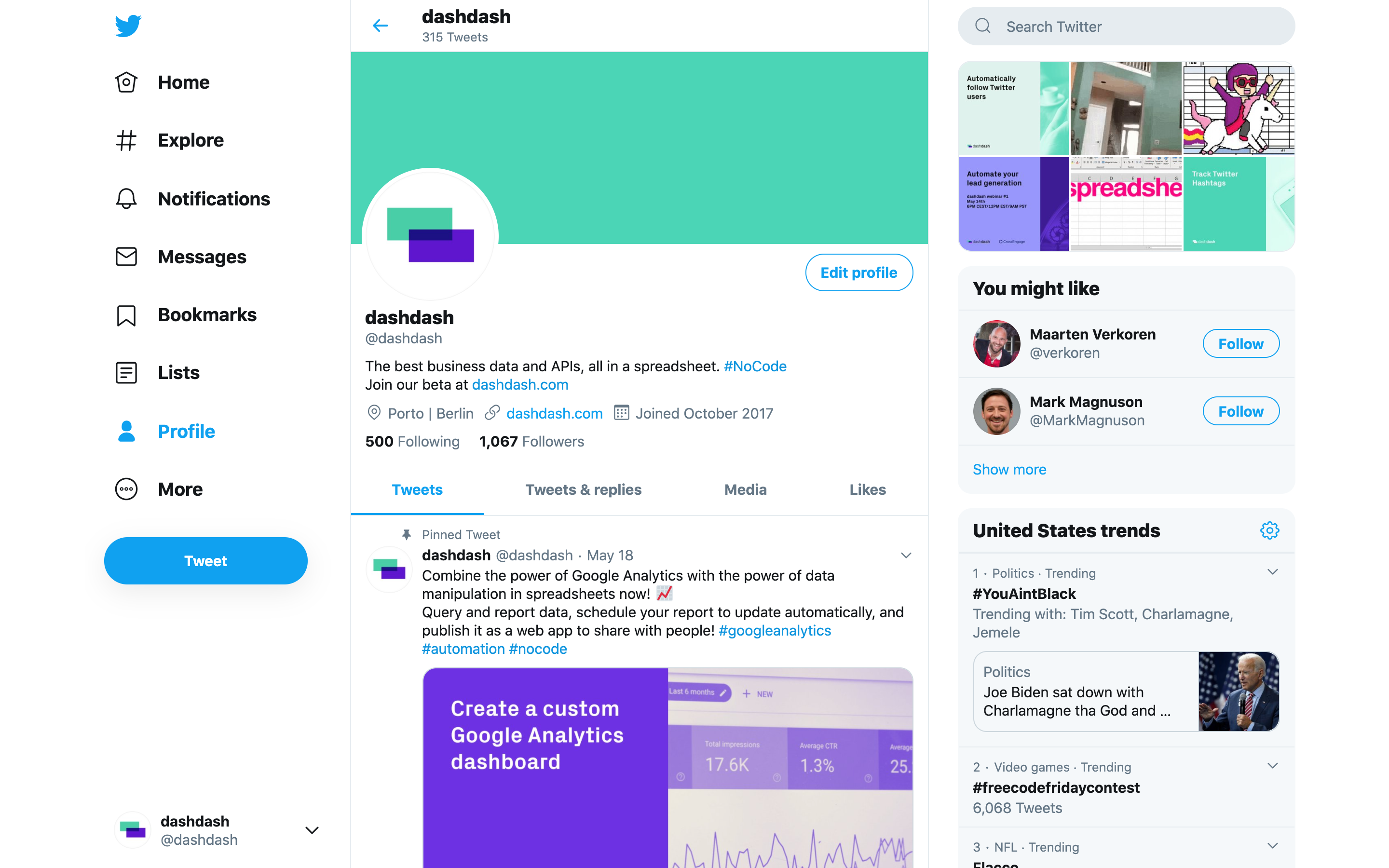 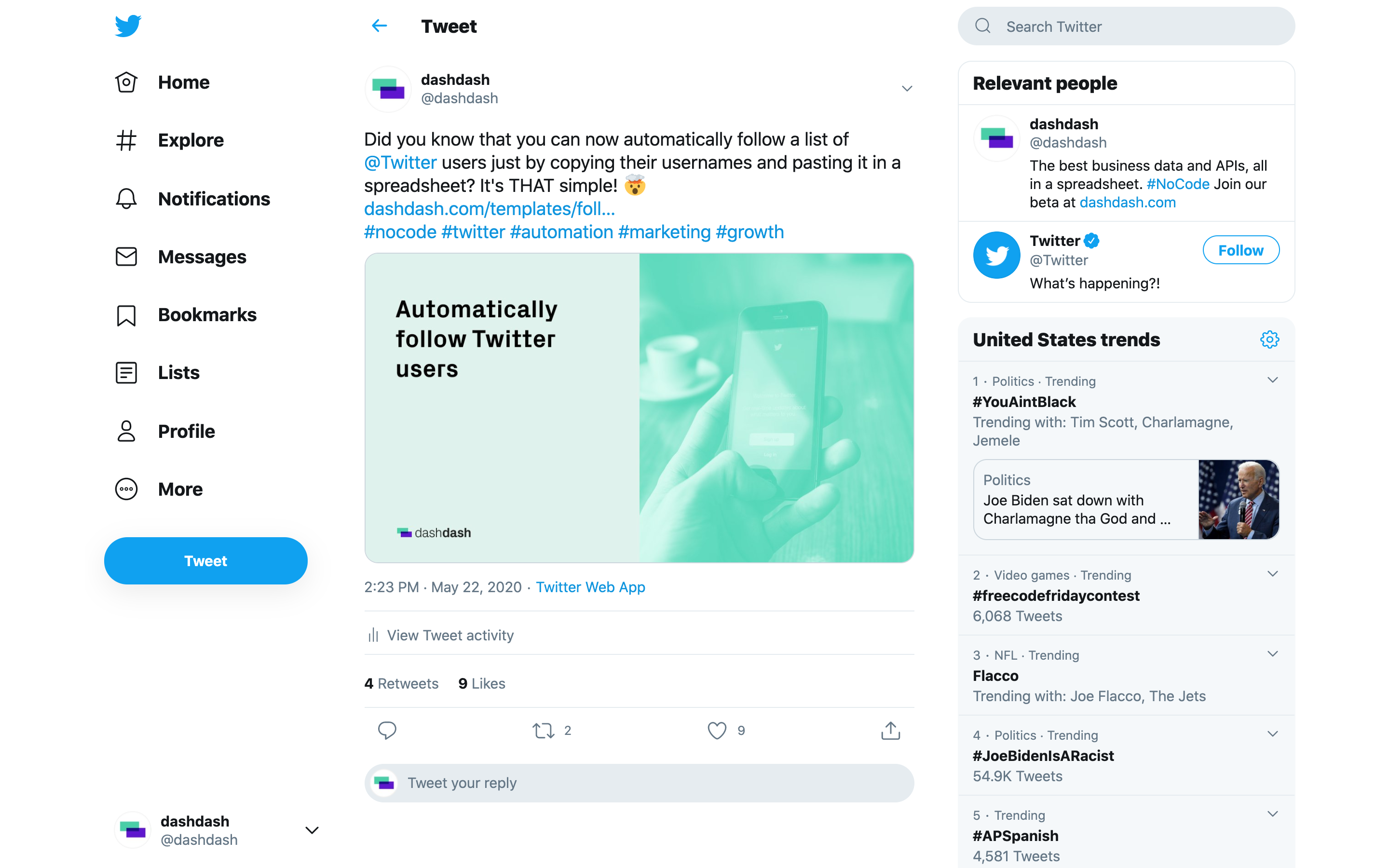 Get the number of people someone follows on Twitter

Get the top 100 public tweets based on keywords.